Did you ever watch deaf interpreters on television and said to yourself, I could do that? Did you ever figure you could pull it off in a major state event, like, say, the burial ceremony of the world’s most beloved leader, in front of 100 international dignitaries and millions of viewers?

No? Not enough chutzpa, maybe?


Well, deaf people around the world and in South Africa, who were glued to the set Tuesday, watching the impressive, heart warming procession, were trying to understand what the deaf interpreter was saying, with an ever more sinking feeling that the man was not a deaf interpreter at all, but a fake.

They started tweeting their frustration, too. In droves. Especially sign language interpreters, who complained the signing by this interpreter was “making a mockery of our profession.”

Come to think of it, maybe Bibi was right to stay home and avoid the ceremony. Can you imagine what would have happened if this guy mis-interpreted his speech and the next day the trucks would show up to pick up 50,000 settlers?

Braam Jordaan, a deaf South African who serves as board member of the World Federation of the Deaf Youth Section (WFD), emailed SBS News in Australia that he was observing the man, and he had to be a fake.

“The structure of his hand, facial expressions and the body movements did not follow what the speaker was saying,” he told SBS.

According to Sheena Walters, the Oceania representative for the World Association of Sign Language Interpreters (WASLI), also thinks the signing used the guy was using had nothing in common with any accepted form of international or South African sign language.

“Most sign languages across the world share a similar structure and pattern and this person seems to be making a lot of repetitive signs and isn’t displaying the usual facial expression or structure of sign language that you would normally see,” she explained. “It seems quite obvious that the interpreter isn’t using South African sign language,” she told SBS.

Wilma Newhoudt, a deaf member of the South African Parliament and Vice President of the World Federation of the Deaf, said the incident was “shameful.”

She said the interpreter is not known to the deaf community of South Africa.

Braam Jordaan said “there have been question marks over the same interpreter at previous ANC events.”

So why didn’t they say something? 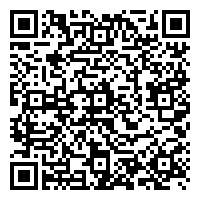