On Saturday, the fifth day of the wave of fires, Israeli security forces continued a countrywide manhunt for Arab pyroterrorists involving a special effort of the IDF Judea and Samaria Division in cooperation with police and the GSS to identify and arrest suspects. So far 30 suspects have been captured.

The IDF manhunt includes use of Drones, skimmers, as well as observers in patrol cars, on motorcycles and on foot, who are deployed to locate arsonists.


On Saturday, a surprise IDF check post near Deir Qaddis, outside Modiin Illit, seized a car with three passengers suspected of having carried out arson. Soldiers discovered in the car two full gasoline bottles, one empty gasoline bottle, and a sack full of rags, gloves and ignition fuses. The three suspects were taken in for interrogation.

Earlier on Saturday, an Arab youth from Battir, a village in Gush Etzion, was arrested in Begin Park, outside Beitar Illit, after a green patrol of the Nature and Parks Authority alerted security forces. A combined force of police and the Tavor Battalion of the Home Front Command captured the suspect after he had returned home to his village. The green patrol managed to put out the fire.

On Friday, perimeter security cameras around Ariel, in Samaria, caught three suspects standing in an open field who took out Molotov cocktails and started a fire. The three were arrested and security forces put out the fire.

Israel Police issued a call to the “entire Arab leadership” in Israel and in the Palestinian Authority, “to show responsibility in these days, and strongly condemn and assault risking human life, regardless of religion, race, or nationality, and which also causes reversible harm to nature. We are certain that the entire leadership will express its revulsion and will excoriate both the incitement and the inciters who promote damage to people and to nature.”

The police call concluded with the statement: “The power of leadership is tested by its ability to influence the margins in its society and to bring about an immediate cease of condemnable actions.” 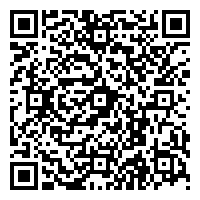