Yachad party election loser Baruch Marzel and Bayit Yehudi (Jewish Home) chairman Naftali Bennett still are licking their wounds more than two weeks after the elections in which Yachad was blanked out of the Knesset and Bayit Yehudi lost four seats.

Yachad’s failure to win the minimum number of votes to enter the Knesset meant that three seats were lost to the national religious bloc. It is assumed that at least two of them would have gone to the Jewish Home party and a third possibly to Shas

Marzel is not chairman of Yachad, but he wins hand down for getting the most headlines, given his ability to provoke fierce reactions to his activism and blunt speech.

He has no regrets that Yachad ran in the elections, despite warnings that it would fail at the polls and weaken the Bayit Yehudi and Shas parties.

He told Arutz Sheva, “We did the right thing, we brought in more power, and we tried hard to pass the threshold. But, on the other hand, there is no doubt that we failed.”

He then went on a rant against Prime Minister Binyamin Netanyahu for doing “terrible things, hurting the national religious public and communities, the destruction of outposts – it hurts.”

Yachad still is crying “foul” and claiming that it lost enough votes to enter the Knesset because of “thousands of fake votes.”

He figures that there will not be an investigation because elections judges “can’t afford to take a mandate from Yesh Atid and Labor and put Baruch Marzel in the Knesset.”

Bennett, chairman of Bayit Yehudi, was stoic when the election results were announced. He said that although the Bayit Yehudi’s eight seats in the Knesset are four less than in the previous session, he is certain Netanyahu knows that those seats went to the Prime Minister’s Likud party after a last-minute media blitz that continued even on the day of elections.

Netanyahu is too much of a veteran politician to express gratitude to another party, and Bennett is insulted.

A leaked audio that was broadcast on Army Radio Thursday revealed that Bennett ripped into Netanyahu during a meeting with Bayit Yehudi supporters, some of whom heckled Bennett.

Bennett wants to be Defense Minister of Foreign Minister, but Netanyahu is giving him the cold shoulder.

Bennett accused the Prime Minister of treating the Bayit Yehudi as a party of “suckers” by offering the party to choose between the Education Ministry and Foreign Affairs Ministry, although Netanyahu already may have reserved that for Yisrael Beiteinu chairman Avigdor Lieberman.

Netanyahu was not impressed by Bennett’s anger, and stated, “Bennett is in dire straits because he has not found a partner to gang up on Likud.” referring to Bennett’s luvvy-duvvy relationship with Yesh Lapid in the previous  government.

Bennett’s biggest fear is that Netanyahu will reward the Shas Sephardi Haredi party with the Religious Ministry of Education ministry, at the cost of the national religious sector.

Meanwhile Moshe Kachlon, chairman of the new Kulanu party, continues to act as if he has post-election delusions. He won 10 seats in the Knesset and already has insisted that being Finance Minister is not enough. Kachlon wants to veto Netanyahu’s desire to choose a Haredi Knesset Member to head the Knesset Finance Committee and also wants one of his party’s MKs to head the Environment or Housing ministry. 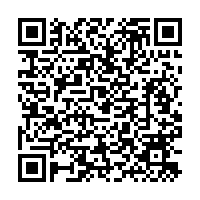