Massachusetts Gov. Charlie Baker declared Sunday, May 31 as “Celebrate Israel Day,” when thousands of Israeli Americans, Jews and supporters of Israel are to attend the Celebrate Israel Boston Festival sponsored by the Combined Jewish Philanthropies and the Israeli-American Council Boston Chapter.

Gov. Baker noted that Israel remains “a tremendous partner, economically and culturally,” to the state, that “one of the largest communities of Israelis outside Israel” lives in the state. 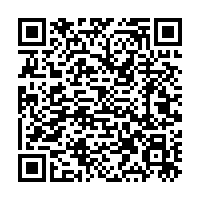