A 27-year-old Rehovot man owes his life to a Magen David Adom (MDA) volunteer who was praying in the open area of a school courtyard beside him on the day that he collapsed.

Omer Haim went to services recently in the courtyard near his home (thanks to Coronavirus guidelines prayers are not held in the synagogue), as did Raz Yitzhaki, a volunteer emergency medical technician (EMT) with the MDA emergency medical response service.


As the prayer was wrapping up, and worshipers were tidying up the courtyard, Haim lost consciousness and collapsed. Within seconds, those who prayed next to him noticed he was on the ground and called 21-year-old Raz, who immediately initiated CPR and simultaneously reported the event to MDA.

A worshiper was sent to the school gate to guide the ambulance and to bring a defibrillator; together with the MDA team, Raz administered electric shocks that restored Haim’s pulse and saved his life.

At the end of the nerve-wracking, strenuous resuscitation, with Haim’s condition stabilized, the MDA team evacuated him to the nearest hospital for further treatment.

“When the ambulance arrived, they gave him two electric shocks and we continued with compressions,” said Yitzhaki. “To our great joy, his pulse returned and after a few minutes, he started breathing on his own.

“Meeting Omer today for the first time since the event while standing on his feet is very exciting, it’s an amazing feeling. It is very important that every citizen in Israel knows basic CPR it is simple can save lives.”

Haim said he “felt good” that morning, with no indication of the medical difficulty that awaited. “I arrived at the prayer as usual — after which I just collapsed on the floor. Fortunately two worshipers were behind me and called for Raz’s help.

“But I’m very emotional about the miracle that happened to me and Raz’s amazing help. I feel like I was reborn, I received a gift from heaven and a great miracle happened here. I thank Raz and the MDA team who saved my life. I thank the Creator of the world who sent me a messenger who helped me in my distress.” 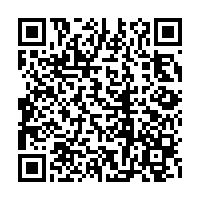