Egypt has been conducting furious negotiations with Israel and the Hamas, to try and prevent further deterioration and escalation of the confrontations in the Gaza Strip, Israel radio reported.

It turns out that when Israel retaliates quickly and aggressively, the Hamas is more likely to cry Uncle. Everything they taught you in those after school specials about confronting bullies was right.


Hamas has informed Egypt’s Intelligence that it is committed to reducing the tension with Israel, and that goes for the rest of the Palestinian terror units in Gaza, who will avoid shooting rockets into Israel.

But Hamas also admitted that there are some units in the Strip which don’t obey their rule and may still attempt to shoot – and so it decided not to take any chances and deployed hundreds of its people along the border fence and in “traditional” launching sites, to enforce the new policy of not upsetting Israel.

OK, it’s not Isaiah, but it might be the next best thing: faced with a double barrel, one Egyptian, the other Israeli, Hamas has, at last, come to its senses, at least temporarily.

Since the weekend, Egypt and the UN have been serving as go betweens, passing messages between Israel and the Hamas, according to a source inside the Hamas.

“Israel told us it wants the calm to continue, but added that there would be a response to every single attack from Gaza,” the source continued, adding that Israel has threatened a more aggressive response than before, should the sporadic rocket launches continue, and said attack would focus on the Hamas government.

Hamas responded by clarifying that it was doing its best to enforce the calm reached following operation Pillar of Defense, a little over a year ago.

On Saturday, Israel Radio reported, the Hamas assembled representatives from the various terror groups in Gaza for a talk. The result was that the Islamic Jihad on Saturday night launched a rocket into Israel.

Hamas was searing with anger, and the next day a rocket launched from an Israeli aircraft took out Achmad Saad, a senior member of the Jihad rocket team who was riding his motorcycle in Gaza City.

Are you thinking what I’m thinking? It wouldn’t have been the first time one Palestinian terror group used Israel to get back at another terror group.

The Jihad, for its part, stopped launching rockets, declaring it was planning to avenge the fallen hero, but at “an opportune time.”

You have to love rational terrorists. All you have to do is kill a few and the rest behave. Kill enough of them, I suppose, and they’d eat with a knife and a fork and sing Hatikvah.

Another security source in Gaza told Israel radio: “All sides are interested in calm, ours and yours. The Egyptians have explained to us that in light of what’s going on in the region around us, we should stop providing Israel with excuses to attack in the Gaza Strip. We enhanced our supervision along the borders, and if there will be a shooting, it would be a deviation from the national consensus.”

I think that when the Egyptians explain stuff to the Hamas they really get it.

It’s also possible that the entire shooting episode was not about Israel at all, but a subtle message from Hamas to the Egyptian army, to stop caving in the smuggling tunnels to the Sinai, Gaza’s lifeline, and to also reopen the Rafah border crossing, which has been closed for almost two weeks.

Today, Tuesday, the Rafah crossing is scheduled to reopen, possibly as a reward from Egypt to the more peaceful Hamas.

Gazans Set Forth on Umrah Pilgrimage to Mecca 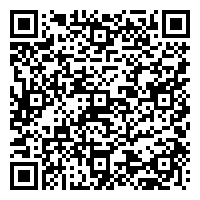