They spent about a half-hour walking through the sea of 2,711 slabs that comprise the memorial, according to Uwe Neumaerker, its director. They were guarded by helicopters hovering over the area, which was cleared of visitors, so the memorial “was totally silent and they were alone,” Neumaerker told JTA by phone following the visit.


“They were impressed that we Germans have such a memorial in the center of our city,” Neumaerker said, adding that the first lady “really has an aura.”

American-Jewish architect Peter Eisenman designed the memorial, which was opened to the public in May 2005 on the 60th anniversary of the end of World War II.

Also on the visit was Auma Obama, President Obama’s half-sister, about whose existence he reportedly learned of only after his father’s death in 1982. Auma Obama, 53, studied in Germany and lives in her native Kenya. 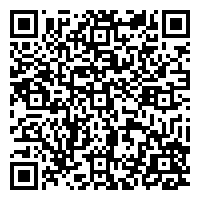