A University of Minnesota’s graduate student representative to the Board of Regents has compared Students Supporting Israel (SSI) to the Ku Klux Klan, the Campus Reform website reported.

Student representative Damien Carriere labeled SSI a “hate group” in emails sent to the university’s student government executive board in a campaign to remove the founder of the pro-Israel group from the Student Services Committee.


Campus Reform reported that the committee “is responsible for the distribution of millions of dollars in funds to various student groups.”

After members of the executive board of the Graduate and Professional Student Assembly (GAPSA) began questioning his classification of SSI as a hate group, Campus Reform stated that Carriere wrote that the Student Services Committee “would fund a KKK group if they justify their request well. So let us consider that they do pass the student group test.”

The GAPSA later removed Sinelnikov because they were not convinced he had “demonstrated the ability to remain impartial.”

“I was the only candidate singled out for questioning and such bias scrutiny by the certain members of the Assembly,” Sinelnikov told Campus Reform.

“It is unfortunate that they were unable to put aside their bigotry towards my national origin when performing their duties as student representatives,” he added. “GAPSA proved its bias and ignorance against me because of my political beliefs and my ethnic background. Being singled out based for those reasons after a long campaign against Students Supporting Israel reminds me why Students Supporting Israel was founded–to fight anti-Semitism and bias on college campuses”

The university’s undergraduate student body president told Campus Reform, whose self-stated mission is to be “a watchdog to the nation’s higher education system” and expose “bias and abuse on the nation’s college campuses.” that she will take action in defense of Sinelnikov, who she believes has been discriminated against.

Carriere’s reasoning for comparing SSI with KKK is that members of the group who support Israel belong “to a certain ideology which is present among some citizens of that state that has been refusing rights to minorities outside of the recognized borders of that country.”

In another e-mail, Carrier said Christian Crusaders for Christ also is a hate group because it “is named after a bloody and inherently racist episode in European history.”

The term crusade is considered by many as offensive because it refers to the will of chasing the Muslims from their land by mean [sic] of war,” Carriere wrote.

Now that it is Thanksgiving, perhaps Carriere will demand that the United States return the Land of the Free to the Indians and move to a reserve. 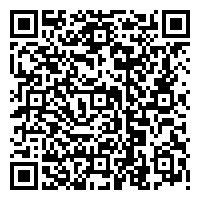