MK Moshe Feiglin, head of the Likud’s Manhigut Yehudit faction, confirmed in an exclusive interview with JewishPress.com Tuesday night that he has become a member of the Knesset Foreign Affairs and Defense Committee.

Feiglin is replacing President-elect Reuven Rivlin, who has left the committee to take his place as the leader of the nation in the presidential position.


Currently the Deputy Speaker of the Knesset, Feiglin has long advocated basing Israel’s government policy on the principles of freedom, Jewish identity and restoring meaning to Israeli life.

He advocates full Israeli sovereignty on the Temple Mount and has pushed for the government to abandon the Oslo Accords. Feiglin also supports permanent Israeli resident status for Arabs who live in Judea and Samaria but does not support citizenship for them. He opposes a two-state solution and supports annexation of Judea, Samaria and Gaza. 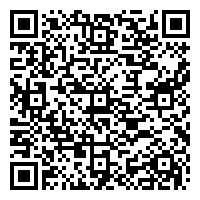