Abdalah Mohamed (19) was arrested over the weekend for threatening to blow up Ira’s Deli in Portland Oregon in July, according to KOIN 6.

On July 14, 2014, Mohamed entered Ira’s deli, where he is a frequent customer, and tried to buy a single cigarette.


When informed that the store doesn’t sell individual cigarettes, Mohamed blew up in rage and began making disparaging comments about Judaism and Israel.

To top it off he reportedly then began to threaten the employee and the store owner:

When Portland police were in the store in July taking witness statements, Mohamed actually phoned up the store and began yelling ethnic slurs.

Mohamed has been charged with two counts of second-degree intimidation.

Haifa U. Gets $10 Million from Jewish-American Philanthropist to Build Downtown Campus 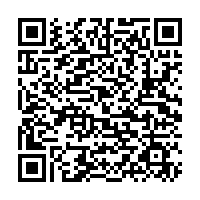