Spillover from some of the most intense fighting of the war in Syria is finding its way across the border into Israel, with loud explosions heard and a mortar falling this morning (Monday, September 1) in the Golan Heights. As Syrian government forces continue to battle with insurgents over control of the Kuneitra border crossing, UN forces evacuated the area under fire on Saturday, leaving Israel to secure the border by itself.

The fighting today centered around the town of Hamidiyeh, north of Kuneitra, where Al-Nusra rebel troops aligned with Al Qaida have taken control over the border crossing. A Syrian news outlet loyal to Assad claims that government forces are preparing to recapture the crossing, while the IDF said that last week’s mortar fire that wounded two Israelis most likely spilled over from the fighting in that area.


In response to the heightened security risk, at 9:00 am the IDF issued instructions to farmers in the area to keep away from the border fence. The apple harvest is currently underway in the Golan Heights, with a number of trees adjacent to the fence.

By Monday afternoon reports came in of heavy casualties in the Kuneitra area, including a claim by opposition fighters that they killed a senior commander in Assad’s army. Government forces, meanwhile, claimed that they killed a number of rebel troops.

Yesterday the IDF shot down a drone from Syria that crossed into Israeli airspace near Kuneitra, and 44 Fijian soldiers remain captive after being seized by the rebels. 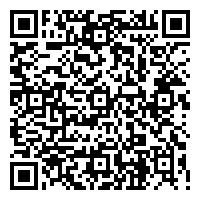