Tuesday’s meeting in St. Petersburg between the two former feuding foes Russian President Putin and Turkish President Erdogan “drew considerable attention,” government-run news agency TASS reported, noting that the Russian-Turkish rapprochement is coming while Russia has been expanding its relations with Iran and Ankara and Tehran have also been bridging the gaps between them, born by almost four decades of a volatile Islamic Republic on Turkey’s border. In fact, right after the failed coup last month, Erdogan announced, “We are determined to cooperate with Iran and Russia to address regional problems side by side and to step up our efforts considerably to restore peace and stability to the region.”

Should Israel be concerned? Apparently, the Russian news organ is eager to spread a message of calm regarding the new developments in the northern part of the region. And so an unsigned article this week polled experts who were skeptical regarding a developing strategic triangle of those three powers. According to the TASS experts, the most that will come out of the current statements are tactical political interaction and an upturn in economic cooperation. But even if it were true, and Russia, Turkey and Iran were to forge a strategic alliance, TASS continues its calming message, it would be for the best, because “these three countries can play a positive role, for instance, in overcoming the Syrian crisis.”


It isn’t clear who is panicking more at the moment—Jerusalem or Washington—over the possibility that Turkey, a NATO member, would switch sides and coalesce with Russia and Iran. Clearly, the US has a whole lot more to lose from such an emerging outcome. US Middle East policy traditionally relied on the “three-legged stool” comprised of Saudi Arabia, Iran and Turkey. As long as those three major local powers were in the Western camp, Soviet manipulations elsewhere could be mitigated. When Iran was lost under President Jimmy Carter in 1979, the US attempted for the longest time to substitute Iraq for the missing stool leg, but the Iraqi regime never provided the stability the US enjoyed with the Shah. This is why the US is so determined to keep Turkey in the Western camp, because without a Western-allied Turkey, the US presence in the region would be severely downgraded.

Hence the need for the TASS calming story. It interviewed senior research fellow Vladimir Sazhin, of the Oriental Studies Institute under the Russian Academy of Sciences, who reassured the Western readers “there will be no trilateral union, of course. It should be ruled out for many reasons. At best one can expect some tactical alliance. This is so because Iran, Turkey and Russia have certain problems in their relations with the West and with the United States.” That’s code for Turkey would be punished severely, economically and otherwise, if it ever jumped ship.

Sazhin continued, “If one takes a look at the economic interests they share, it should be remembered that Russia, Iran and Azerbaijan … are countries that produce and export hydrocarbons. They have a great deal to discuss in view of the current strained situation on the world market. As for Turkey, its role in delivering hydrocarbons to the West may be significant. But I don’t think that this triangle will be of strategic importance.”

Sazhin sees no fundamentally new geopolitical aspects in sight. “It’s about getting back to where we had been all the time. Arabs constitute an overwhelming majority of the population in the Middle East. Non-Arab countries are few – Israel, Turkey and Iran. They had very close relations up to [the emergence of] the Islamic revolution in Iran.”

“In Iran, with its 80-million population, Turks and Azerbaijanis, who are ethnically very close to Turkey, constitute an estimated 18 to 25 million,” Sazhin said. “Bilateral relations existed not only at the Tehran-Ankara level. There were very strong people-to-people bonds. Plus the long-standing economic ties. But in politics post-revolution Iran and NATO member Turkey have drifted apart, of course.”

Research fellow Irina Zvyagelskaya, of the Arab and Islamic Research Center at the Russian Academy of Sciences’ Oriental Studies Institute told TASS, “I don’t believe in the emergence of new political triangles. I don’t think some strategic changes will follow overnight to bring about changes to the configuration of alliances. A number of steps we’ve seen our friends and partners and those we are not on very friendly terms with us take are tactical. They stem from the current situation.”

Zvyagelskaya believes that to a large extent this is true of Turkey. “It is to be remembered that Erdogan’s wish to have closer relations is a result of certain internal political events, on the one hand, and soaring tensions in his country’s relations with the United States and the European Union, on the other. These steps by Erdogan are purely pragmatic and we should treat them accordingly. As far as I understand, nobody has any illusions on that score.” 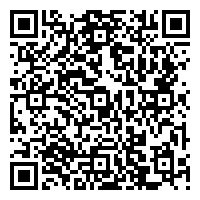