(JNi.media) Apparently, the Protocols of the Elders of Zion, one of the most notorious anti-Semitic fake documents of all time, has a sequel to cover conspiracies about the modern State of Israel, and many Jews do not realize that it exists.

The theory is based on an article that was published in the 1982 winter edition of Kivunim, a “Journal for Judaism and Zionism,” by Oded Yinon, who writes that the agreements in the Camp David Accords should not be honored, and discusses how Arab states will be eroded along ethnic and religious lines. This article might otherwise have been forgotten, but conspiracy theorists got their hands on it and ran with the ball. The theoretical stance outlined by Yinon was expanded perhaps beyond the originator’s wildest dreams, so much so, that Arab conspiracy theorists are now ready to blame internal discord in their countries on a Zionist plot to destabilize their nations and to gobble them up as part of a future Israeli colonialist empire.


Just this week, the so-called Yinon Plan was mentioned in an article published in the Islamic Republic News Agency (IRNA) with a title which, at first glance, seems to say something nice about Israel: “Israel Ready to Help Africans Produce Food.” This must be a way to produce click-bait shock for readers, since an IRNA headline reflecting well on Israel should raise readers’ eyebrows and hook them into reading the article. The very first sentence, though, makes clear the aim of the article is not to praise Israel: “For long (sic) Africa has been a missing link in the evolution of a Zionist plan to set up the so-called Greater Israel.” According to IRNA, Israel has its sights set on Africa’s oil reserves, its precious gems and diamonds, as well as uranium to increase its nuclear stockpile. The Iranian author claims to have retrieved this information from spy cables sent by the Guardian and Al Jazeera. It also said that Israel has been aggravating crises in African countries with a divide and conquer strategy, for which IRNA uses the “Yinon Plan” as evidence. Rather than a notion hatched out by a near-anonymous individual, IRNA asserts that the Yinon Plan has been policy from the moment Theodore Herzl, the founder of Zionism, first put his pen to paper. Occupying lands in 1967 was just a first step, IRNA insists, to a larger scheme of a complete Zionist stranglehold on the continent of Africa, and it is exploiting one conflict at a time.

The IRNA article cites the Global Research website for a handy summary of The Yinon Plan as “an Israeli strategic plan to ensure Israeli regional superiority. It insists and stipulates that Israel must reconfigure its geo-political environment through the balkanization of the surrounding Arab states into smaller, weaker states.” The summary goes on: “In Iraq, on the basis of the concepts of the Yinon Plan, Israeli strategists have called on a division of Iraq into a Kurdish state and two Arab states, one Sunni, one Shiite.” It sounds as if they think Vice President Joe Biden is Israeli, since this is exactly what he recommended for Iraq in a New York Times Op-Ed piece. Biden seemed to have been following the model of the agreement that ended the Bosnian war rather than Israeli strategists. The IRNA article then concludes by explaining the headline about Israelis helping the Africans to produce food (oh…that). The Israelis are sharing their water technology to help African countries deal with drought and produce food. But of course, that is just on the surface. What they are really doing must be akin to what that crafty Joseph in the Book of Genesis did as viceroy of Egypt—store up food as a way of manipulating those gullible Africans and placing them under Israeli control. 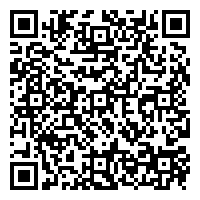