Mehmet Kaplan (apparently no Jewish relation), 44, Sweden’s housing minister, resigned this week over comments he had made comparing Israel’s treatment of Arabs to the persecution of Jews in Nazi Germany.

The Turkish-born Kaplan, a Green Party member, former spokesman of Sweden’s Muslim Council, and a passenger on the “Freedom Flotilla” that tried to break through the IDF security blockade of Gaza in 2010, denied any wrongdoing, saying he was resigning because public and media criticism were interfering with his ability to do his job. He said he opposed “all forms of extremism, whether nationalistic, religious or in any other form” and supported “human rights, democracy and dialogue.”

Swedish TV fished out footage of Kaplan from seven years ago, where he says, “Israelis treat Palestinians in a way that is very like that in which Jews were treated during Germany in the 1930s.”

Wallström was embroiled in a housing scandal last year. Not connected to Kaplan.

“Let me be clear: [my resignation] is not a confirmation of reports about me that I consider wrongful. I know who I am and what I have done,” Kaplan told reporters in Stockholm. He had also come under fire a week ago, after Swedish media published photos of him dining with Turkish Swedish leaders, including the local leader of an ultra-nationalist group called Gray Wolves.

In 2014 Kaplan compared the young Muslims from Sweden who went to fight for ISIS in Syria with the Swedes who fought for Finland against Russia in WW2. 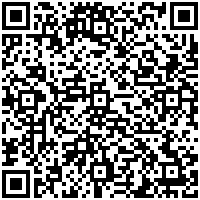