The annual flood of Jews coming to pray at the graveside of Breslov Chassidic leader Rabbi Nachman in the Ukraine town of Uman may be a bit more uncomfortable this year.

Nationalist Ukrainian fighters in Uman have attacked the massive tent used to welcome the tens of thousands of Jewish pilgrims who stream to the grave site of the 18th century Chassidic Rebbe.


Uman, in the Cherkazy Province, is inundated each year by Jews from around the world who come to pray at the Rebbe’s graveside on Rosh Hashana, the Jewish new year.

But this year a Ukrainian nationalist group with neo-Nazi leanings stormed the site and destroyed the large central tent used as a welcome center for the pilgrimage.

The attack was timed for the Sabbath, according to local sources, when the Chassidim would not be able to respond effectively due to the strictures of traditional Jewish observance.

Police were called and responded, but locals reported they “stood by and watched” as the group, allegedly backed by leaders of the far-right Svoboda movement, “caused hundreds of thousands of dollars in damage.” 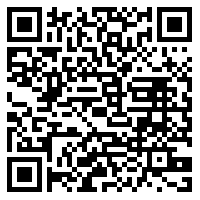