The Saudi news-site Al-Watan reports that Hezbollah chief Hassan Nasrallah has appointed the young Mustafa Mughniyah (Mugniyeh) to take command of Hezbollah’s forces on the Syrian side of the Golan Heights, according to NRG.

The job involves both fighting to protect Syrian president Assad’s regime, as well as setting up the terror infrastructure with which to attack Israel.

Mustafa replaces his older brother, Jihad, who was killed on the Golan Heights, along with some Iranian generals, in a reported Israeli air strike in January of this year.

Mustafa’s father, Imad Mughniyah, a former senior Hezbollah leader, aka “The Chief of Staff, was assassinated in a 2008 car bombing in Damascus.

Danny Yatom, former head of the Israeli Mossad said: “He was one of the most dangerous terrorists ever on Earth.”

The U.S. State Department said of Imad: “The world is a better place without this man in it. He was a coldblooded killer, a mass murderer and a terrorist responsible for countless innocent lives lost. One way or another he was brought to justice.”

The report in Al-Watan and in Kuwaiti papers says the appointment of Mustafa has angered senior Hezbollah officials who feel that Mustafa has no experience, and since the Golan Heights is such a difficult and sensitive area, they are worried he will make serious mistakes to Hezbollah’s detriment.

They are also upset that Nasrallah appears to be promoting members of the Mughniyah family at their expense. 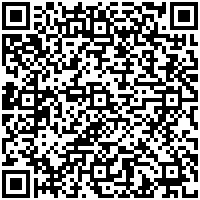