A brilliant German scientist was denied her doctorate back in 1938 because, as the daughter of a Jewish woman, she was ineligible as “a first-degree crossbreed,” the Wall Street Journal reports.

But now, at the age of 102, Inbeborg Rapoport will finally receive her doctorate for work on the infectious disease diphtheria, which was ravaging European and American children when she submitted her doctoral papers.


Rapoport was a student at the University of Hamburg, which declared itself “the first national-socialist institute of higher learning in the Reich,” and refused to allow her to complete her oral defense of her dissertation.

But now, almost eight decades later, Rapoport will finally receive her doctorate. Rapoport is already a doctor, having obtained a medical degree from Women’s Medical College in Philadelphia, after having arrived alone and penniless in the U.S. in 1938.

Rapoport has had quite the life – she fled Nazi Germany, came to the States and married an Austrian-Jew who came under suspicion as an active member of the Communist party, then fled the U.S. for Europe and now lives in Berlin.

Her son, a Harvard Medical School professor, was able to connect with the dean of the University of Hamburg’s medical school. After many obstacles, Rapoport finally was given – and passed – her oral defense of her dissertation and will receive the long-denied doctorate on June 9.

Rapoport will be the oldest person on record to receive a doctorate.

The Anti-Semite At The Helm Of The British Mandate 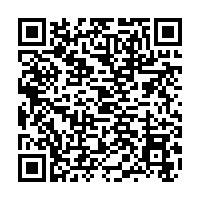