National Basketball Association star Tony Parker has apologized for performing an anti-Semitic salute after a three-year-old photo was published in the French media.

The photo shows Parker, who was born in Belgium and is French by nationality, performing the quenelle salute earlier this year standing next to the gesture’s founder, anti-Semitic French comedian Dieudonne Mlaba Mlaba, backstage at a theatre in France.


The quenelle is a quasi-Nazi salute designed to circumvent France’s laws against displaying Nazi symbols.

The Los Angeles-based Simon Wiesenthal Center and the Anti-Defamation League had called on Parker, who plays point guard for the San Antonio Spurs, to apologize for performing the salute.

“While this gesture has been part of French culture for many years, it was not until recently that I learned of the very negative concerns associated with it,” Parker said in a statement released late Monday by Parker’s team, the San Antonio Spurs.

“When l was photographed making that gesture three years ago, I thought it was part of a comedy act, and did not know that it could be in any way offensive or harmful. Since I have been made aware of the seriousness of this gesture, I will certainly never repeat the gesture and sincerely apologize for any misunderstanding or harm relating to my actions,” Parker said in the statement.

The ADL praised Parker’s apology. “We call on those who have posed with the quenelle to follow Parker’s lead and stop using it. Responsible public figures should condemn those who use a gesture which was created to express anti-Semitism,” the ADL said in a statement.

Reports of the Parker salute came a day after soccer player Nicolas Anelka, a French national playing for Britain’s West Bromwich Albion soccer team, was roundly condemned for performing the salute during a match on Saturday. Britain’s Football Association has launched an investigation of the Anelka incident.

In a letter sent Tuesday to the Football Association and the UEFA, the governing body of European football, European Jewish Congress President Dr. Moshe Kantor called for a fight against anti-Semitism in football, especially in the wake of the Anelka salute.

“At the European Jewish Congress, we regularly receive reports of attacks on Jews, whether verbal or physical, which also include acts of anti-Semitism at matches involving English and European football clubs,” Kantor wrote in letters to Greg Dyke, chairman of The Football Association and Michel Platini, president of UEFA. “Mr. Anelka’s recent action is a reminder that hatred of Jews in the stands can very easily find its way right on to the pitch. Similarly, the legitimization of anti-Semitic acts by players who are supposed to act as role models for youth is a particularly dangerous phenomenon, and one that is not restricted to Anelka alone,” Kantor’s letter read.

Kantor and the EJC offered their cooperation to the football associations to help fight anti-Semitism. 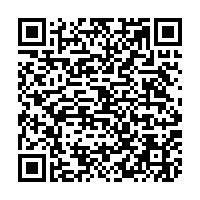