“I call on the French government to renounce publicly the miserable statements and the miserable actions of a company in which it holds partial ownership,” Netanyahu said in a statement Thursday.


“I call on all of our closest allies to say in a loud and clear voice that they unconditionally oppose all types of boycott against the Jewish State,” the prime minister said.

Culture Minister Miri Regev added her voice to that of the prime minister, calling on Jews around the world to boycott the international telecommunications giant. She also called on French President Francois Hollande to fire Richard if the CEO does not “apologize for his anti-Semitic comments.” In France, of all places, she said, given the plethora of vicious attacks over the past six months, there can be “zero tolerance for anti-Semitic comments.”

World Jewry has strength, Regev noted, “and so do the Jews in France.” If Richard does not apologize, or is not dismissed, then the global Jewish community should “cut its ties with Orange.”

Richard vowed this week to sever ties with the Jewish State, expressing firm support for the boycott, divest and sanctions (BDS) movement against Israel. He told reporters in Cairo on Wednesday that he would cut the contract between Orange Group and its Israeli counterpart, Partner Communications Ltd. “If he could.”

The government of France owns a 25 percent share in Orange Group, which is under intense pressure to sever its ties with Israel. The boycott is aimed at Orange because Partner operates in Jewish communities in Judea and Samaria, and arts of Jerusalem restored to the capital in the 1967 Six Day War, as it does elsewhere in the Jewish State.

Deputy Foreign Minister Tzipi Hotovely called on Richard to “clarify this matter as soon as possible. Israeli Ambassador to France Yossi Gal noted in a conversation with media that boycotts are illegal in France. He added that Israel views the remarks by the Orange CEO “with gravity.” 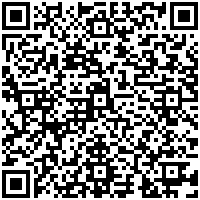