Netanyahu was referring to the recent PA-run television broadcast in which the family of one of the perpetrators of the Itamar massacre glorified him as a “legend” and a “hero”. This incitement followed the recent invocation by the PA mufti in Jerusalem of a Muslim text calling for the killing of Jews.


“I think this is the wrong way to go. We demand a prompt condemnation; I hope you demand a condemnation because the only way to move to peace is to prepare our people for peace and not for brutal terror,” Netanyahu said. 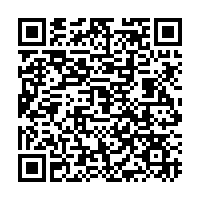