Prime Minister Benjamin Netanyahu on Tuesday departed for the US, for a meeting with President Obama and a speech before the General Assembly. As he was leaving, Netanyahu said, “We are in the midst of a very important diplomatic week for the State of Israel. I am leaving now for the United States. There I will first meet with President Obama and I will thank him for the great and important security assistance to the State of Israel over the coming decade. I will then address the United Nations General Assembly. I will present Israel’s case, Israel’s truth, Israel’s justice and also Israel’s heroism – the heroism of our soldiers, our police officers and our citizens, who are waging an uncompromising struggle against brutal terrorism.” 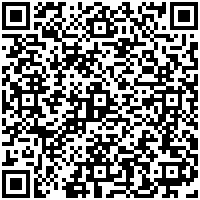