Prime Minister Benjamin Netanyahu told attendees on Monday at a ceremony in Jerusalem, that “what makes the people who are honored here so exceptional” is that they “lit a candle of righteousness” during the worst darkness that beset the Earth — the Nazi Holocaust.

Netanyahu attended the dedication of a plaque honoring diplomats who saved Jews during the Holocaust. The plaque honors the work of 36 diplomats, from 21 countries, who have been recognized as Righteous Among the Nations.

“I once visited, when I went to serve in the UN, I went to visit the Lubavitcher Rebbe, and he had some criticism of the UN,” Netanyahu said. “He said it doesn’t always represent the truth, and now I’m really polishing what he said. He said, but remember that if you light a small candle of truth, its glow will carry far and wide. These people lit candles of truth and candles of humanity in the sea of darkness and we shall forever remember them.

“This plaque that we dedicate today recognizes these brave diplomats, who acted by the dictates of their conscience without regard for personal and professional consequence.” 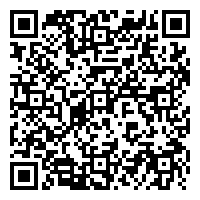