PM Netanyahu told Channel 2 in a pre-Yom Kippur interview that he did not eat non-kosher while in NY, and in fact does not each non-kosher food at all.

The Prime Minister said in the TV interview, “I am careful, not just at the Prime Minister’s residence and in public events, but also in private events – I do not eat non-kosher. I have at least 2 kashrut supervisors always with me… [a reference to his wife and sons]. We’re keep it [kosher], I keep [kosher]. That’s what I am accustomed to do, and I think it’s the right thing to do, also as the Prime Minister, but more than that, this is is how we act [as Jews].”


A mini-storm broke out in Israel when the NY Post reported that Netanyahu had a meal with Sheldon Adelson in Fresco by Scotto and had the veal.

It was followed by a gathering with Jewish billionaires in the Chart House, a non-kosher sea food restaurant.

The Hareidi papers called it “The pig restaurant” scandal.

Now that the Prime Minister has weighed in and denied it all, the scandal can finally be put to rest. 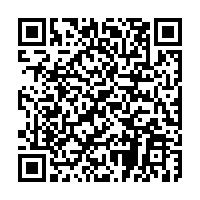