Speaking at the CyberWeek convention in Tel Aviv, Netanyahu said that Israel has become one of the world’s top five cyber destinations, and that “the whole world” is interested in Israeli cyber technology. He noted next weeks’ visit of Indian Prime Minister Narendra Modi, part of which will focus on cyber,  as well water, agriculture, health, and other areas.


“Cybersecurity is a constant challenge,” Netanyahu said. “Every single thing is being digitized, and the difference between hi- and low-tech is being erased. As that happens, in country after country, in industry after industry – as we enter the internet of things, the need for cybersecurity is growing exponentially.”

The prime minister added that cyberattacks are a threat for all governments today, with Israel addressing dozens of attacks every month. To combat the threat, Netanyahu took credit for creating the National Cyber Defense Authority to streamline information sharing between government, the private sector and “various organizations.”

“(The goal here is) not only to respond to attacks, but to prevent them – with early warning, with guidance, by teaching systemic doctrine (to the extent that you can be systemic in this business…[I believe that] eventually all major companies will be [part of the cybernet] because everyone needs it. We are ready to cooperate with other countries and with other governments, because in general – again, with some reservations, we’re better together,” Netanyahu said. 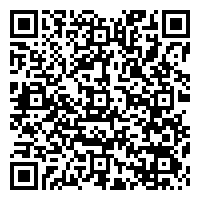