“I look forward to discussing with President Trump the best ways to advance peace,” Netanyahu stated. “This is something we fervently share with the President.”


“I heard President Abbas yesterday say that they, [the] Palestinians, teach their children peace – that’s unfortunately not true,” the PM added. They name their schools after mass murderers of Israelis and they pay terrorists. But I hope that it’s possible to achieve a change and to pursue a genuine peace. This is something Israel is always ready for. I’m always ready for genuine peace.” 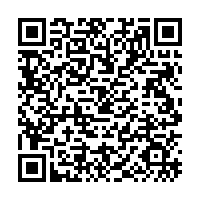