Prime Minister Binyamin Netanyahu told the Cabinet Sunday morning, “We are not putting up any impediments on the resumption of the permanent talks and a peace agreement between us and the Palestinians. There are things that we will strongly insist on in the talks themselves, especially security. We will not compromise on security.”

The rumored focus of Palestinian Authority demands is the issue all terrorists who were jailed before the Oslo Accords including many with “blood on their hands.” Dozens of Israelis have been murdered by terrorists who previously have been released by Israel in “good will “measures or in exchange for dead bodies of Israeli soldiers.


The Almagor terror victims association said that it has obtained a list of 100 prisoners whom chairman Mahmoud Abbas demands that Israel be freed as a “goodwill” gesture before the resumption of direct talks. The list includes terrorists who killed Jews in cold-blooded murders.

The Prime Minister also told the Cabinet that in the event that there is any final agreement between the Palestinian Authority and Israel, it will “be submitted to the people for a decision.” 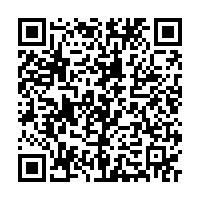