Prime Minister Binyamin Netanyahu told the Likud’s Knesset caucus Monday that the protests by illegal African infiltrators “won’t help them [because] we are determine to deport them and all of those who succeeded to infiltrate.

Without referring directly to the United Nations, which has sharply criticized Israel for not accepting the infiltrators as “refugees,” Netanyahu said that Israel is taking care of those who truly are refugees but in other cases, “We are not talking about refugees. They are illegal infiltrators looking for work.”


With the United Nations and foreign leftists supporting their protests, thousands of African infiltrators took to the streets on the second consecutive day Monday to demonstrate against Israel’s policy to place then in administration detention centers for a year and deport them if they are not proven to be refugees.

One of their claims is that they want to return to their native countries but want their “basic rights” in Israel until they feel they can go back home. They basically are claiming they are “temporary” refugees.”

Although the United Nations, as usual, is targeting Israel, senior Likud Knesset Member Ofir Akunis, who is a deputy minister in the Prime Minister; office, told Channel 2 that the United States and European countries also do not recognize them as refugees. 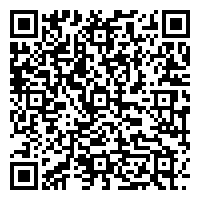