Prime Minister Binyamin Netanyahu told the Cabinet Sunday morning, “It is astonishing that even after the recent IAEA report determined that Iran is continuing to hide the military components of its nuclear program, the nuclear talks are with it are proceeding.”

He is trying to keep security at the top of the agenda in the election campaign and briefed ministers on “Iran’s attempt to increase its foothold on Israel’s borders even as it works to arm itself with nuclear weapons.”


Netanyahu added, “Iran is trying to also to develop a third front on the Golan Heights via the thousands of Hezbollah fighters who are in southern Syria and over which Iran holds direct command…..

The coming month is critical for the nuclear talks between Iran and the major powers because a framework agreement is liable to be signed that will allow Iran to develop the nuclear capabilities that threaten our existence. 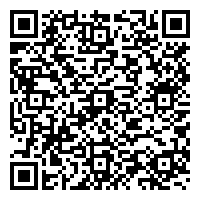