Prime Minister Binyamin Netanyahu called on the international community to also take a stand against terror when it occurs in Israel.

The prime minister made some pointed remarks prior to the start of his meeting with Italian Foreign Minister Paolo Gentilloni on Tuesday (June 30), commenting on two attacks the previous day that left five people seriously wounded – one in critical condition.

“I would like to send my best wishes for a rapid and full recovery to the Israeli citizens who were wounded last night in the terrorist attack near Shilo and to the soldier who was stabbed near Rachel’s Tomb,” he said.

“We are determined to take strong action and deal with the terrorists to the fullest extent of the law.

“The fact that up until now, the Palestinian Authority has not condemned these attacks needs to bother not only us, but also the international community as a whole,” he said pointedly.

Within minutes after a car bombing in Cairo on Monday night, the White House issued a statement condemning the terror attack that killed Egypt’s attorney general, Hisham Barakat, and nine other people.

Earlier in the day, A female Israeli soldier was stabbed by a Palestinian Authority terrorist at a checkpoint near Rachel’s Tomb and nearly died. She was rushed to a Jerusalem hospital where she remained unconscious until this morning. Late Monday night, four young Israeli men were shot in a driveby road terror attack on Highway 60 near Shvut Rachel, in the Binyamin district of Samaria east of Shilo — about 45 kilometers (28 miles) north of Jerusalem.

“Those who do not take an unequivocal stand against terrorism cannot wash their hands,” Netanyahu said. 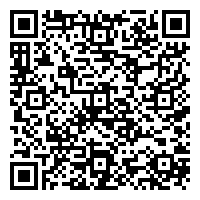