Israeli Prime Minister Benjamin Netanyahu’s office blamed an erroneous translation for his earlier call on westerners who believe Iranian President-elect Hassan Rohani is a moderate to abandon their “illusion.”

Netanyahu’s office late Friday removed from the Twitter social media website tweets reflecting the statement and told the BBC that it was “based on a Reuters report with an erroneous translation.”

Netanyahu had reacted earlier in the day to statements picked up by wire services and originally attributed to Rohani by Iran’s semi-official ISNA and Mehr news agencies, which quoted him as saying, “The Zionist regime has been a wound on the body of the Islamic world for years and the wound should be removed.”

“This statement should awaken the world from the illusion some have taken to entertaining since the elections in Iran,” his statement said. “The president was replaced but the goal of the regime remained obtaining nuclear weapons to threaten Israel, the Middle East and the safety of the world. A country which threatens to destroy Israel must not have weapons of mass destruction.”

A number of news sites, quoting Rohani directly, rendered his statement differently, without the call for removal. ISNA soon retracted its original report.

“The day of Quds, which is one of the mementos of the Imam [Khomeini], may he be admitted to God’s paradise, is the day that the people display the unity of the Islamic world against any form of tyranny and aggression,” Rohani said, according to a New York Times translation. “In any case, in our region, a sore has been sitting on the body of the Islamic world for many years, in the shadow of the occupation of the Holy Land of Palestine and the dear Quds. This day is in fact a reminder of the fact that Muslim people will not forgot their historic right and will continue to stand against aggression and tyranny.”

Netanyahu’s blast could be seen as being aimed at U.S. President Obama and a number of U.S. lawmakers who have said Rohani’s expressed willingness to make Iran’s nuclear program more transparent should be tested.

A number of pro-Israel groups that had attacked Rohani in social media based on the misstatement, including the American Israel Public Affairs Committee, the American Jewish Committee and The Israel Project, did not retract their attacks by midday Friday. One group, the AJC-affilaited U.N. Watch, corrected its statement.

International Quds Day, held annually since the Islamic Revolution of 1979, drew hundreds of thousands of participants in Tehran, according to news agencies.

Rohani, who is scheduled to be inaugurated in two days, is believed to have garnered the votes of Iran’s more reform-minded voters, although he is a veteran of the ruling clerical establishment and his candidacy was authorized by Supreme Leader Ayatollah Ali Khamenei.

In his own Quds Day remarks, Khamenei vowed that “Palestine will be free” and predicted the emergence of a new “Islamic Middle East.”

Last year, Ahmadinejad used a Quds Day event to call for the elimination of the “insult to all humanity” that is Israel, and said that confronting it constitutes an effort to “protect the dignity of all human beings.” He too expressed confidence in the emergence of “a new Middle East” with no trace of Americans or of Zionists. 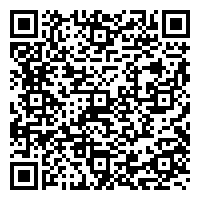