The Kadima Fund, a bottom-up online resource center for grass roots pro-Israel initiatives, has just been launched, and it’s been a long time coming.

When the entirely one-sided, anti-Israel play “My Name is Rachel Corrie” came to Seattle in the spring of 2007, there was no formal group to respond to the lies told about the Jewish state in the play.


A number of local pro-Israel residents protested about the falsehoods in the play, but the theater company turned a deaf ear. That was the catalyst for an idea that took root in the mind of Nevet Basker, an Israeli-born Seattle resident, to create the brand-new Kadima Fund.

“A group slowly came together, tried various approaches, and eventually created a fact sheet about Israel and the truth about what happened with Rachel Corrie,” Basker told the JewishPress.com

That group of volunteers had to cobble together the data, create a schedule so people would be at each performance handing out the additional information, “providing context,” to all of those who went to see the Rachel Corrie play. This loose-knit group also created a website as a repository for the information they gathered, so that others who wanted to do something if the play came to their towns and cities did not have to re-invent the wheel.

That experience, nearly a decade ago, has now given birth to the Kadima Fund.

“There are many more people who care about Israel than those who hate Israel. But the haters, though few in numbers, have passion on their side. Anti-Israel advocates ignore and reject plain truth and decency, engaging instead in biased, discriminatory, and slanderous campaigns. They are indifferent to the destructive effect their efforts to demonize and delegitimize Israel have on the institutions and communities they target,” said Basker, the Kadima Fund’s executive director.

And, it is, finally, true that there are many excellent organizations across the United States whose goal is to help create and foster a pro-Israel voice across the country.” But still, the reality is that most of those organizations trip over each other in certain cities and on certain campuses, while the vast majority of communities and campuses remain unserved. It is in those places – the interstices – that the Kadima Fund can be a god-send.

The Kadima Fund will help individuals and small groups promote a positive image for Israel and counter hateful anti-Israel propaganda. It will enables activists to connect with and support each other.

Examples of what it will be able to help individuals or small groups to do is counter hateful anti-Israel propaganda, including boycott, divestment, and sanctions (BDS) efforts and the broader campaign to delegitimize Israel. It also supports proactive Initiatives that promote a positive image for Israel, including showcasing Israeli culture, people, innovations, and accomplishments.

It will also, in turn, create a vast network of “best practices” for responding to the negative and promoting the positive information about Israel, the former of which seems ubiquitous, while the latter is hard to find and harder to share.

Basker said she’s been talking about the idea behind the Kadima Fund for years, but was never able to interest any of the already-existing organizations to take on the concept. She said she was frustrated, because she knew to a certainty that there was need for such a project. In the meantime, Basker has been educating about Israel. She created and runs BroaderView, an online Israel Resource Center, and speaks, writes and acts as advisor on policies about modern-day Israel and the Israeli-Palestinian conflict. 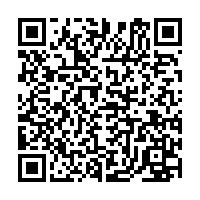