The Student Union Council at Palestine Polytechnic University in Hebron recently gifted the institution with a gate named after Salah Khalaf “Abu Iyad” – the terrorist who headed the Black September terror organization and planned the 1972 Munich Olympics massacre in which 11 Israeli athletes were murdered, Palestinian Media Watch reported.

During the inauguration ceremony, the chairman of the Student Union Council Saif Al-Muhtasib stated that the students are “proud” of the terrorist.


“We are proud of the distinguished leaders whose bodies are no more, but whose spirit remains among us,” declared Al-Muhtasib.

The gate bears the images of former Palestinian Authority Chairman Yasser Arafat and terrorist Salah Khalaf. “The fortress of Martyr Saleh Khalaf ‘Abu Iyad’” is written below the images.

“It is no surprise that the students at the Polytechnic admire terrorist Salah Khalaf, PMW said, as the PA “reveres the terrorists behind the Munich Olympics terror attack, and has named a school after Salah Khalaf.”

The PA also has a sports center named after the terrorist. Official PA TV recently did a program on the center, which has an image of the terrorist displayed between images of the former and present PA leaders.

The PA educational system has repeatedly been accused of poisoning the minds of its students by educating them to hate Israel and Israelis and through terror-promoting messages. The system has been found to use cultural mediums such as school plays, sports events and summer camps for this objective. 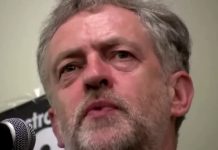 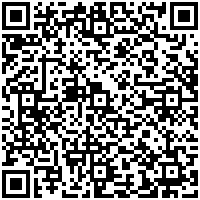