Israeli citizens will no longer be required to obtain a visa to enter Belarus, Israel’s ambassador to Belarus Yosef Shagall has announced.

The need for entrance visas to Belarus for Israelis will be cancelled as from 19 September this year, he said.

The decision, which came in an agreement between Foreign Ministry and the government of Belarus, during the opening ceremony of Limmud FSU (Former Soviet Union) in the Municipal Theater of Vitebsk which was attended by some 700 participants.

The event included representatives of the government of Belarus, the president of the Jewish community, Boris Gerstein and the founder of Limmud FSU, Chaim Chesler.

Did Benny Gantz Betray Israel … or Save it? 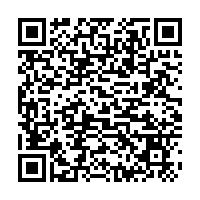