Residents of the majority- Muslim province of Xinjiang in China are not being allowed to celebrate their religious holiday this year.

Restaurants have been ordered to stay open in the province, including those owned and operated by Muslims, according to the Saudi Arabian Arab News website. Shops have been threatened with closure if they do not continue selling cigarettes and alcohol throughout the month of Ramadan.

According to the post, the ban is intended to “protect students’ well-being” and “prevent the use of schools and government offices from promoting religion.” But the ban may be adding fuel to a fire that is already beginning to blaze in the province against the Han ethnic majority in China, the largest such group in the country.

Dilxat Raxit, the Sweden-based leader of the Uighur people, however, warned in a statement last Friday, “The faith of the Uighurs has been highly politicized and the increase in controls could cause sharp resistance.” The second-largest ethnic group in China is comprised of the Uighurs, who largely identify with Islam. All told, there are some 56 recognized ethnic groups in the country.

“China’s goal in prohibiting religious fasting is to forcibly move Uighurs away from their Muslim culture during Ramadan,” said Raxit, a spokesperson for the exiled World Uighur Congress. “Policies that prohibit religious fasting are a provocation and will only lead to instability and conflict.”

The ruling party, which officially is atheist, is “encouraging” its members to avoid daytime fasting – a direct slap at the Islamic practice during Ramadan.

“They are extracting guarantees from parents, promising that their children won’t fast on Ramadan,” Raxit said in an interview with Radio Free Asia.

In December 2014, China prohibited the wearing of burkas – Islamic full-body, veiled robes – in public in Urumqi, the capital of Xinjiang province, referred to by some as East Turkestan. Some eight million Turkish-speaking Uighur Muslims populate the northwestern Xinjiang region, which has been autonomous since 1955, but remains subject to security restrictions by Chinese authorities.

Last month violence in a Xinjiang open air vegetable market left 43 people dead. A year ago 13 radical Islamic terrorists were killed in a clash with police. Attacks at train stations in Urumqi and in southwestern China were also blamed on Muslim extremists.

The most populous nation in the world, China is also the third largest country in size geographically. Its role as a leader in world politics as one of the five permanent members of the United Nations Security Council is also bringing China to global prominence as well.

Up to this point, China has maintained a relatively low profile on the world stage with regard to the issue of terrorism driven by radical Islam. But its obvious return to the traditional Communist government intolerance for any religious practice, however – particularly timed to coincide with Ramadan — indicates a likely change in that attitude.

What remains to be seen is how local Muslims will respond to the whip, and whether – and how – fellow Muslims around the world will protest on their behalf. 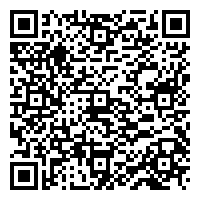