Haredi rabbis in New York are accusing the city’s Department of Health of “spreading lies” in order to pass a law mandating that parents sign a consent waiver in order to use the circumcision-related rite of metzitzah b’peh.

The health department is scheduled to vote next week on the waiver for the use of direct oral-genital suction, known as metzitzah b’peh. The form would indicate that parents are aware of the risk of infection.


Some 200 rabbis have signed a statement alleging that the department “printed and spread lies … in order to justify their evil decree. It is clear to us that there is not even an iota of blame or danger in this ancient and holy custom,” the New York Post reported.

The controversy over metzitzah b’peh was reignited in March after it came to light that an unidentified infant died Sept. 28 at Brooklyn’s Maimonides Medical Center from “disseminated herpes simplex virus Type 1, complicating ritual circumcision with oral suction,” according to the death certificate.

Health department investigations of newborns with the herpes virus from 2000 to 2011 have shown that 11 infants contracted the herpes virus when mohels, or ritual circumcisers, placed their mouths directly on the child’s circumcision wound to draw blood away from the circumcision cut, according to a statement from the department. Ten of the infants were hospitalized, at least two developed brain damage and two babies died.

The rite is not used in all Jewish circumcision ceremonies, but many in Haredi communities adhere to it. Haredi leaders have resisted calls to replace direct oral suction with alternative approaches used by some mohels, such as the use of a sterile tube or gauze to squeeze the blood from the circumcision wound. 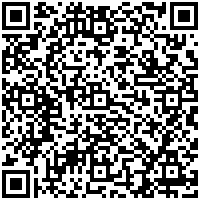