SAR High School in Riverdale, New York, is now allowing girls to wrap tefillin during Shacharit-morning prayer, probably the first Modern Orthodox high school in the U.S. to do so, reports The Boiling Point, the online student newspaper of Shalhevet High School in LA.

Two girls were granted permission to wrap tefillin and wear a tallit at the school’s daily all-girls prayer meeting, according to an email sent out by Rabbi Tully Harcsztark, head of SAR’s high school.

Girls are not forbidden by halacha to pray with tefillin on, but over the centuries there has been an accumulation of rabbinic opinions which discourage it, especially since women are not obligated to perform this mitzvah.

“I have given permission to two female students… to put on tefillin during tefilah,” Rabbi Harcsztark wrote in an early December, 2013 e-mail to the SAR faculty, obtained by The Boiling Point. “They do so every day and have not been permitted to do so in school until now. I believe that it is halachically permissible although it is a communally complicated issue.” 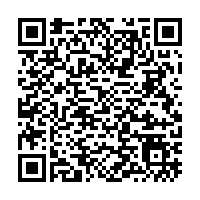