A bomb threat called in Tuesday night to New York’s 911 emergency switchboard forced a complete evacuation of “770” — the World Headquarters of Chabad-Lubavitch, based in Brooklyn’s Crown Heights neighborhood.

The call was allegedly traced back to a “psych ward,” according to a police source quoted by COLLive.com, but “we’re still taking all precautions,” NYPD reportedly said.


Just a few hours earlier, police and counterterrorism experts had met with the heads of Jewish schools and organizations in the neighborhood for precisely this reason: to talk about potential terrorist scenarios and the measures that were in place to prevent and deal with them.

Around the same time, “770” had been filled with senior citizens for a “Chanukah Hakhel” program to celebrate the holiday. (This year Chanukah falls on the year of Hakhel, when Jews of old were commanded to gather together for a special reading of the Torah by the king of Israel himself.)

The local Crown Heights civil Shomrim security patrol assisted with the evacuation, working together as translators in some cases with members of the NYPD Emergency Services Unit.

The officers were needed to explain the urgency of the situation to non-English speakers in various languages: what needed to be done, and why, as quickly as possible. “Everyone cooperated and the building was successfully evacuated in quick and orderly fashion,” according to CrownHeights.info.

People were allowed to re-enter the building after police completed a walk-through and inspection. 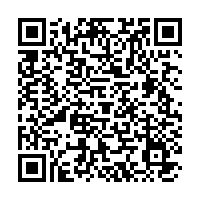