According to Noah Pollak, executive director of the Emergency Committee for Israel, President Obama’s attitude towards Jewish voters is astonishing.

Speaking to The Jewish Press, Pollak said, “the Rabbis for Obama group, which includes Jews who are amongst the most hostile to Israel anywhere in America, underscores the lack of seriousness with which they take their effort to convince pro-Israel voters that this president is pro-Israel.”


Earlier this week the Obama campaign announced the formation of a Rabbis for Obama group which includes rabbis from nearly 40 states. In heralding the formation of the group, Ira Forman, the Obama campaign’s Jewish outreach director said in a  news release that these “rabbis represents a broad group of respected Jewish leaders from all parts of the country. These rabbis mirror the diversity of American Jewry.”

It’s not just that the list is heavily dominated by politically liberal rabbis from non-traditional denominations, but, as many have pointed out, there is a large number of rabbis on the list who are in the forefront of organized efforts to delegitimize Israel.

For example, almost a third of the rabbinical council of the radical-left, anti-Israel group Jewish Voice for Peace are members of Rabbis for Obama, including the JVP co-chair, Rabbi Brant Rosen.  JVP is the leading advocacy group for economic terrorism against Israel.  JVP promotes the Boycotting of Israeli goods; Divestment of stocks from Israeli companies, and Sanctions against the Jewish State (“BDS”).

Rabbi Brant Rosen, who recently toured Iran with a JVP delegation (along with BDS promoter Rabbi Lynn Gottlieb), came back convinced that all the governments involved in the dispute are wrong, but, especially, “the role of the Israel lobby in the Iran issue has been nothing short of shameful.  And at times openly, brazenly disingenuous” (posted on his Shalom Rav blog).

To date, nothing has helped to better define Obama as the most anti-Israel president since Jimmy Carter.

The Republican Jewish Coalition issued a press release on Thursday, calling on the Obama campaign to remove what it called the “Obama Campaign’s Radical Rabbi.”  The RJC was referring to Rabbi Lynn Gottlieb.  In its release, the RJC said, “Rabbi Gottlieb has a long and troubling history, which includes dining with Iranian President Mahmoud Ahmadinejad, being the first American rabbi to visit Tehran, and serving in an organization, Jewish Voice for Peace, which the Anti-Defamation League has called one of the ‘top ten anti-Israel groups.'”

Although the RJC only singled out Gottlieb, and only mentioned her membership in JVP in its call for the Obama campaign to reject her endorsement, there are many other anti-Israel aspects to members of the list. For one thing, Gottlieb is the initiator of the “Jewish Fast for Gaza.” This  group, which includes several other members of the rabbis for Obama list, have committed to monthly daytime fasts to “give witness to the violation of Palestinian rights.”  The language of the Fast for Gaza manifesto evokes the Yom Kippur liturgy, but with an odd twist:

Fasting is a form of lament. We mourn the death and injury of tens of thousands of people caused by Israeli enforcement of the infrastructure of occupation. We call on an end to the systematic violence described in The Goldstone Report and many other first hand accounts of occupation.

The Emergency Committee for Israel sent a letter to President Obama on Thursday, pointing out the discrepancy between the campaign’s rhetoric of support for Israel, and the inclusion of rabbis in the campaign who have “demonstrated a deep hostility to the state of Israel and a deep commitment to demonizing the Jewish state and undermining the U.S.-Israel alliance.”

The ECI’s Pollak could not understand how a presidential campaign, with hundreds on staff, apparently did not bother to check into the backgrounds of the rabbis whose names are being used to prove the president’s pro-Israel bona fides.  “It’s like they are just phoning it in,” he said.

When asked whether ECI would be content with the removal of Lynn Gottlieb from the Rabbis for Obama list, Pollak said no.

“There are clear red lines here that have been crossed by so many rabbis on this list, support for the now-repudiated anti-Israel Goldstone Report, promotion of BDS, charging Israeli leaders with war crimes, there should have been some level of concern that such anti-Israel radicals are on the list,” said Pollak, “it was clear there was none.”

President Obama’s Jewish outreach director, Ira Forman, did not respond to a request from The Jewish Press for comment, but by mid-day Thursday the Obama campaign had issued an official rejection of the criticism.

“The President’s strong support of Israel and toughest-ever actions against Iran has led rabbis from across the political spectrum to express their support for the president and have committed to seeing him reelected,” a campaign official told the Jewish Telegraphic Agency. “The President obviously does not endorse or embrace their every affiliation, action or utterance.” 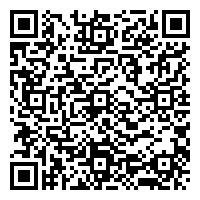