(JNi.media) US President Barack Obama and Russian President Vladimir Putin on Monday clashed at the annual meeting of the General Assembly of the United Nations over their contradictory views for the future of Syria. Obama was vehement about the need to replace Syrian president Bashar al-Assad, while Putin insisted removing him would be a wrong move. Obama suggested Putin’s engagements in both Syria and Ukraine has been damaging to global instability.

“… We see some major powers assert themselves in ways that contravene international law,” Obama said. “We see an erosion of the democratic principles and human rights that are fundamental to this institution’s mission.” He also said, referring to Syria: “We must recognize that there cannot be, after so much bloodshed, so much carnage, a return to the prewar status quo,” Obama said.

Putin advised the world body to stick with Assad, if they wish to defeat the Islamic State. “We believe it’s a huge mistake to refuse to cooperate with the Syrian authorities, with the government forces, those who are bravely fighting terror face-to-face,” Putin said.

The Russian president was very critical in the role of the US in the world, lamenting that “after the end of the Cold War, the single center of domination has emerged in the world. Those who have found themselves on top of that pyramid were tempted to think that since they are so strong and singular, they know what to do better than others and it’s unnecessary to pay any attention to the UN.”

“I cannot help asking those who have forced this situation, do you realize now what you have done?” Putin said, clearly referring to the US, “Policies based on self-conceit and belief in one’s exceptionality and impunity have never been abandoned.”

Obama was equally critical of Russian aggression in Ukraine, at a high cost to Russia’s economy. “We cannot stand by when the sovereignty and territorial integrity of a nation is flagrantly violated,” he said. He warned that “we, the nations of the world, cannot return to the old ways of conflict and coercion. We cannot look backward. … And if we cannot work together more effectively, we will all suffer the consequences.”

The AP reported that Obama and Putin “briefly shook hands” at the lunch following their speeches. However, they did not speak to one another, seated as they were on either side of UN Secretary General Ban Ki-moon.

AP cited US officials who said the crises in Syria and Ukraine call for an Obama-Putin meeting. Obama must discuss with his Russian counterpart his increasingly aggressive maneuvers in Syria, those officials said, as well as push Putin toward a peace deal with Ukraine, which should include not interfering with local elections next month. 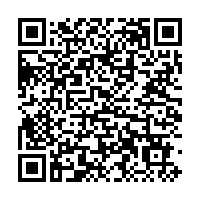