U.S. Democratic Senators held their ranks Thursday and blocked a resolution to disapprove the Iran nuclear deal signed with Tehran by the delegation of world powers.

The 58-42 vote handed President Barack Obama a major political victory and an undoubted sigh of relief.

Senate Majority Whip John Cornyn (R-TX) vowed before the vote, “It will be all Iran next week,” telling reporters, “There are going to be more votes. There will be other opportunities for people to change their mind next week, hopefully after they hear from their constituents.”

The House of Representatives is slated to vote Thursday on legislation contending the president has not yet sent all of the documents on the deal to Congress for review.

Lawmakers in the House of Representatives will also vote on Friday on a measure to prevent the U.S. from lifting sanctions on Iran as part of compliance with the deal. The final vote in the House will be on a measure of approval for the agreement.

Under legislation approved earlier this year, Congress faced a deadline on Sept. 17 for taking action on IranDeal. 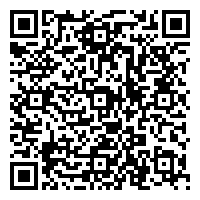