The Talmud relates (Gittin 57b, Sanhedrin 96b) that the grandchildren of Haman, the wicked high ranking Persian politician who planned the first “final solution” for the Jewish nation in the Megillah, studied Torah in B’nei B’rak. Golani Brigade Corp. Elad Tzair, 20, whose family immigrated to Israel from Germany and converted to Judaism, says Holocaust Day “has a very special meaning for me,” seeing as “both my parents’ grandparents fought in the German Army and here I am, their great-grandson, living in Israel and serving as a fighter in the IDF.”

Tzair, a resident of Migdal, on the shore of Lake Kinneret, is the firstborn of six grandchildren of the two German converts who arrived in Israel separately some 20 years ago. He attended religious schools and graduated from the yeshiva high school in Kfar Hasidim.


“My grandparents on both sides converted, as did my father and mother and the rest of my aunts and uncles, so that I was already born into a reality in which I was Jewish,” Tzair told Israeli media. “As far as I know, my parents’ grandparents were not in the SS, and did not partake in the annihilation of the Jewish people in the ghettos,” he continued, noting, “I also know that they did not agree ideologically with the ideas of the Nazi party. As a child, I was told that my paternal great-grandfather fought against the French army, was taken captive by the French and returned to Germany a few years later. My maternal great-grandfather fought against the Russian army. After they had their families, they used to come on visits to Israel. They were always lovers of Israel and I know, for instance, that after the Holocaust they donated money to Israel.”

Tzair says his personal experience of Holocaust Memorial Day has been steeped in personal pain, especially since some of his classmates were in the habit of calling him “the German” and would taunt him for the sins of his great grandparents (something which is strictly forbidden by Jewish law). He says his mother “explained that it’s not about us, and I understood.”

His enlistment in the IDF is, to his family, the closing of a circle. “When my family saw me in my uniform, it moved them very much. Every time I arrive in my uniform, my 82-year-old grandfather starts crying.” 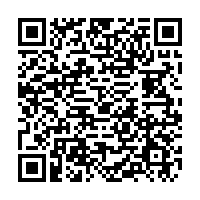