Showing its gratitude for the immediate and ongoing support and assistance offered by Jewish groups and individuals from around the country, the Oklahoma House of Representatives gave a standing ovation Thursday to Rabbi Ovadia Goldman, co-director of The Chabad Community Center of Southern Oklahoma, and New York State Assemblyman Phillip Goldfeder.

Introduced by Oklahoma Legislator Paul Wesselhoft, Goldman and Goldfeder were called to the podium and thanked for the collective efforts, which are continuing daily.


As soon as the tornado stuck, The Chabad Community Center of Southern Oklahoma opened its doors, and has been collecting and distributing food, supplies and funds to assist those devastated by the tornado that sped through parts of Oklahoma City and its suburbs Monday afternoon, killing 24 and causing widespread destruction.

Chabad center staff and rabbinic interns continue to visit the impacted areas throughout the day and night, giving both material and moral support to those who have suffered devastating losses.

“The response has been overwhelming,” Goldman said earlier, adding that “calls have come in from individuals and organizations in New York, Ohio, Iowa, Illinois and California—and even from abroad. And they have been accompanied with kind words and offers to help in any way they can.”

And that’s especially meaningful, he said, because “the community that was hit is facing some short-term real needs, and they’re going to be facing longer-term needs as well.”

The rabbi emphasized that 100 percent of all disaster-relief donations will be provided to those in need. “Members of our local community have come forward and will cover all the administrative costs for us, so that anyone wishing to help those struck by this disaster can know that everything they give goes to those afflicted.”

Goldman advised that that anyone interested in making a donation can do so at the Chabad disaster relief web site. 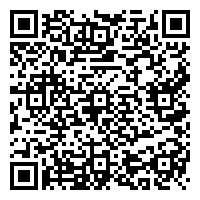