Former Prime Minister Ehud Olmert has won a surprise victory on Tuesday morning, as a panel of three district court judges acquitted him of most of the counts against him, in four cases that were associated with his name. He was only convicted of breach of trust in the Investment Center affair.

This makes Olmert the first Israeli Prime Minister ever to be convicted of a criminal offense.


Sentencing will take place on September 5.

In the Rishon Tours affair Olmert and his former chief of staff Shula Zaken were accused of instituting a fraud scheme that allowed him to receive extra funding for official trips abroad, and apply the surplus funds to private family trips. Olmert was acquitted of the charge in this case, but Zaken has been convicted of fraud and of breach of trust.

“The evidence does not prove beyond a reasonable doubt that the defendant was aware of the collection of excess funds and their use,” the judges ruled. “His overt behavior did not appear consistent with the method of deliberate fraud that is alleged in the indictment. The intent to finance private trips through surplus funds was not proven.”

The second indictment dealt with Talansky and the Investment Center affairs, which are, in effect, one and the same. Olmert was accused of breach of trust, for having received hundreds of thousands of dollars in cash, sometimes in envelopes, from Morris Talansky, and in doing so deviated from the rules of etiquette as government minister. The cash was hidden in a safe belonging to attorney Uri Messer, then Olmert’s partner and close friend.

In addition, Olmert was acquitted of defrauding and deceiving the State Comptroller regarding the value of his pen collection and money he received from businessman Joe Elmaliach. 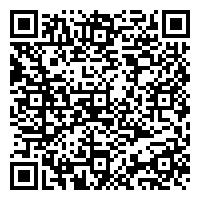