In a statement published on its website Thursday, where Orange indicated it sought to clarify its position on its brand license agreement with Partner Communications, the company announced:

“The Orange Group is a telecommunications operator which has the primary objective to protect and enhance the strength of its brand in all markets where it is present. It has NOT intended to take part, in any form, in a political debate.

The Orange Group is not an operator in Israel. It has a brand licensing agreement with the operator, Partner Communications. The Orange group is not a shareholder in Partner and thus has no influence on the strategy or the operational development of the latter.

The agreement, which was signed before the acquisition of Orange by France Telecom in 2000, is the only long-term brand licensing agreement with the Group. In line with its branding policy, Orange does not wish to maintain the brand presence in countries where the Group is not or is no longer an operator. In this context, while strictly respecting existing agreements, Orange wishes to end this brand licensing term.”

This current explanation is different than yesterday’s statement by the Orange CEO Stephane Richard, where he spoke about leaving Israel for political reasons.

Man with Bayonet, Machete Arrested Outside DNC in Washington DC 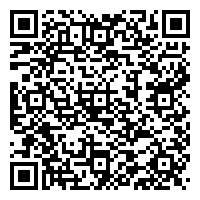