The worst shooting attack in the history of the United States came after call to Muslims by ISIS official Abu Mohammed al Adnani, urging a “month of hurt” in America and in Europe.

In the wee hours of Sunday, a gunman armed with an assault weapon and a handgun walked into the Pulse Orlando nightclub in downtown Orlando, Florida and shot to death 50 people, wounding 53 more. He held 30 people hostage for at least three more hours until an Orlando police SWAT team finally stormed the building and freed the captives, killing the terrorist in the process.


But the scene for that Florida nightmare was set at least a month earlier, when the spokesperson for Islamic State told the terror group’s supporters in an internet audio recording: “The smallest action you do in the heart of their land is dearer to us than the largest action by us, and more effective and more damaging to them.” The message, released by ISIS on May 21, was translated by the SITE Intelligence Group.

Adnani continued in the statement: “And if one of you wishes and tries hard to reach the Islamic State, then one of us wishes to be in your place to hurt the Crusaders day and night without sleeping, and terrorize them so that the neighbor fears his neighbor.”

In this way, ISIS (also known as Da’esh) is nurturing and building homegrown terror networks around the world, thus encouraging those who live “abroad” to launch attacks locally ‘as their religious duty.’

According to CNN, Adnani is believed to have been the ISIS official tasked with command responsibilities over the attacks that were carried out in Brussels and Paris.

The raised level of intensity in the call for action, however, also signifies the desperation with which the group views its current status in Syria and Iraq. ISIS is beginning to lose ground in those areas due to the gradual gains made by the U.S.-led coalition forces and also by Russian air strikes on their positions in Syria.

New York Police Department officials have raised the alert level in the Big Apple in response to the events that took place over the weekend, as did Los Angeles police, who arrested and took into custody a heavily armed suspect when he appeared to be intent upon targeting a local “gay pride” parade. 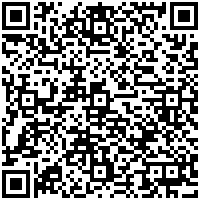