The Rabbinical Council of American (RCA), representing more than 1,000 Orthodox rabbis in the United States, has condemned the recent “hate dance” at a wedding and which was posted on Israeli television and viewed by senior government ministers.

The vigilante and lawless calls for revenge and dancing with machine guns and knives are anathema to Jewish morality and religious standards.”


The RCA applauds the quick and decisive statements of Israeli religious and political leaders of the event. It echoes Chief Rabbi David Lau’s statement that ‘acts like these are not the way of Judaism. This is a rejection and repudiation of the values of the Jewish people, the Torah and the uniqueness of the Jewish people’

The influential group of rabbis also endorsed Prime Minister Binyamin Netanyahu’s remarks at the opening of the weekly Cabinet meeting on Sunday, where he stated that the “shocking pictures [of the celebration]” show the real face of a group that poses danger to Israeli society and security.”

While extremely concerned about the issues of safety and security of innocent Israeli citizens, the RCA reaffirms that glorifying violence in any way is against the Torah’s ways of pleasantness.

The RCA called on the Israeli government to take whatever measures necessary to protect the safety of all of its innocent citizens, and urged Israeli religious and educational leaders “to nurture values in Israeli society that hold these despicable acts to be unacceptable and intolerable.” 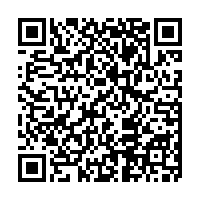