Home News & Views News Briefs PA and Fatah Quick to Honor Murderer who Killed 13-year-old Girl in...
Share on Facebook
Tweet on Twitter
Photo Credit:
{Originally posted to the Palestinian Media Watch website}
This morning, a 17-year-old Palestinian terrorist stabbed and murdered a 13-year-old Israeli girl, Hallel Yaffa Ariel, while she slept in her bed. The Palestinian terrorist Muhammad Taraireh, who entered the girl’s home in Kiryat Arba near Hebron, also injured an Israeli security official before he was shot and killed.
Fatah’s official Facebook page immediately posted his picture, declaring him a Martyr – “Shahid,” the highest honor achievable in Islam according to the Palestinian Authority.
WAFA, the official PA news agency, likewise honored the terrorist, referring to him as a Martyr – “Shahid.”
According to Palestinian Authority law, the family of today’s murderer will immediately start receiving a monthly PA stipend that the PA pays to the families of all the “Martyrs.”
The mother of the terrorist told a local Hebron news network that her son was “a hero” who made her “proud”:
Mother of terrorist Muhammad Taraireh: “My son is a hero. He made me proud. My son died as a Martyr defending Jerusalem and the Al-Aqsa Mosque. Praise be to Allah, Lord of the Worlds, he [my son] has joined the Martyrs before him, and he is not better than them. Allah willing, all of them will follow this path, all the youth of Palestine. Allah be praised.”
[Local Hebron News Network http://alkhalil.ps/, June 30, 2016]
Earlier this week Palestinian Media Watch reported that Abbas’ advisor Sultan Abu Al-Einein said:
“Every place you find an Israeli cut off his head.”
[Donia Al-Watan (independent Palestinian news agency), June 27, 2016]
Text and picture posted on the official Fatah Facebook page
Posted text: “Martyr (Shahid) Muhammad Taraireh, who carried out today’s operation in which one female settler was killed, and a male settler was injured”
[Official Fatah Facebook page, June 30, 2016] 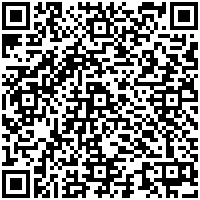