It’s the Hatfields and the McCoys, Islam style.

Ramadan is not a very peaceful holiday for Muslim Arabs. They’re hungry from not eating all day, they’re tired from not sleeping all night, and they can’t even take a drink of alcohol to relax. That makes for some very irritated Jihadists.

Three more PA Arabs were killed in a clan fight in Jenin. 14 Arabs were injured in that fight. Seven of them seriously.

A number of homes were also burnt down too in the process. 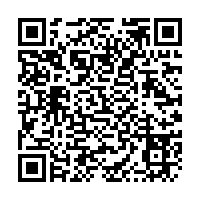