Authorities lifted a gag order Tuesday on the arrest and indictment of two Palestinian Authority terrorists, both in their 20s,  for stabbings of Jews in Samaria and in eastern Jerusalem.

One of the terrorists is student from a village in Samaria who stabbed a man at the Tapuach junction, causing moderate wounds. The attacker, Mistafa Aadel Barghouti confessed to the attack and also to involvement in attacks on soldiers as well. He said he acted alone and was not part of a terrorist cell.


The second terrorist was a member of Hamas and lives southwest of Hevron. Identified as Samer Ahmed Mahmoud Matar, he tried to murder a Jew in Jerusalem and confessed to searching for a Haredi Jew or settler as his victim.

He also considered planting a bomb on a public bus in Beit Shemesh, located 10 miles southwest of Jerusalem. 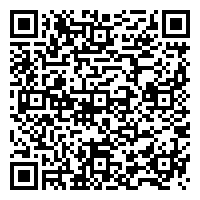