It did not say exactly when it uncovered the plot but revealed that the assassination plan was conceived during the war in Gaza this past summer.

The terrorists were arrested “in recent days” and are from a village near Nokdim, where Lieberman lives. It is located across from Tekoa and approximately five miles east of Efrat.

Israeli security personnel had spotted the terrorists staking out Lieberman’s home, and one of them was caught trying to buy the RPG missiles.

Ibrahim Zir, 37, was the ring leader of the cell and previously has been served time in jail for terrorism. His brother Ziad and Zabih were slated to fire the missiles at Lieberman’s car. 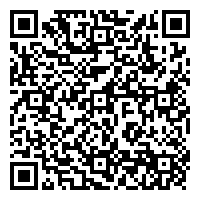